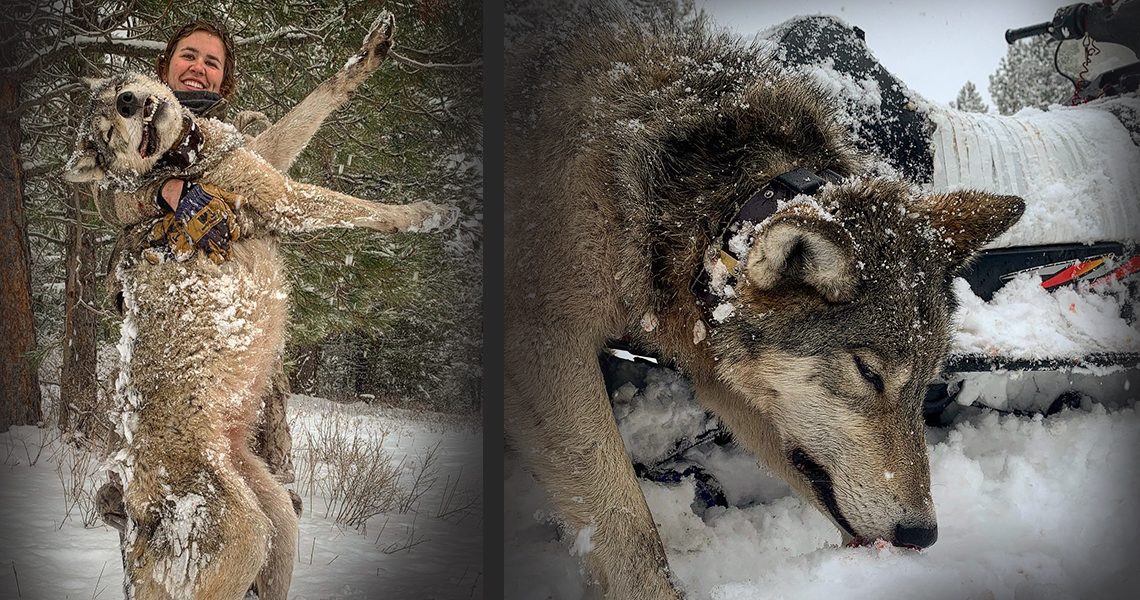 Trapping has always been intriguing to me, rooted back in the days of pioneering and the exploration of the West. The toughness of the old trappers and mountain men from the era before real establishment in the West is something to be admired. There are times I wonder if I was born in the wrong time period, but I had always wanted to try my hand at trapping.

I began trapping coyotes during the winter a few years ago. I later obtained my Montana wolf trapping certification and started trapping wolves just last season with my father, Rory. I realized I needed to get more involved in wolf management in my local area. The once abundant deer and elk numbers seemed to be dwindling in the excess of predator tracks. Not to mention, my family and many other families run livestock in the surrounding areas. The chance of wolf depredation becomes a growing concern with an increased number of wolves.

I was able to harvest one wolf during rifle hunting season and trap two wolves during trapping season last year. My father was also able to harvest a wolf during rifle hunting season. Those four wolf harvests alone seemed to improve the deer and elk population in the area that next year. I set out again this trapping season knowing that I may never be as successful as I was last season, as there are many that have never seen a wolf in the wild before, let alone laid their hands on one. I’ve heard from many that wolves are one of the most intelligent canines with a vast memory, so I may have even offered some education to the wolves after trapping two from the pack last year. I still wanted to try to do my part for conservation, and I enjoyed the challenge of trying to outsmart such an intelligent animal.

Through several long weeks of trapping season, I had one close encounter after another, with the wolves I was tracking just missing my trap by inches, striding right over the pan, or digging up and snapping the trap closed. But, persistence and consistency are key when it comes to being successful, in all aspects of life. I had patterned the wolves that were frequenting the area at certain locations and set out a few blind sets. I’ve found that with trapping wild canines, it can sometimes take a week or two for the animal to revisit the site without caution, as their noses are so keen and wary of human scent. I was checking my sets every day and getting more discouraged with each trip. The wolves seemed to have left the area after making persistent loops.

This unusually mild winter in Montana with a lack of snow and warm temperatures adds further challenges to trapping, but heavy snow was in the forecast. For the first time this season, I fired up my snowmobile the night before so that I could still check my traps the next morning. With a few inches of new snow, I set out to check my trapline and look for tracks. Running the line, I came up to the area of a particular set, thinking that it was about time I picked these traps up and made a new plan. Walking through the timber to the area of my sets, I immediately noticed a large, collared wolf with a hind foot caught in my steel foot-hold. The sense of accomplishment that comes with trapping a wolf is unlike anything else, reflected in the countless hours spent dying and waxing traps, perfecting a setup, running the trapline, checking for tracks, and trying to study and figure out the animal in general. To trap a wolf takes that little extra effort every time, even after numerous failures.

Overall, knowing that I made some progress for conservation and to protect our hunting heritage was most critical to me, and is the main reason I will continue to hunt predators.

PrevPreviousLion For A Lady
NextThe Moose DanceNext
Back to Blog