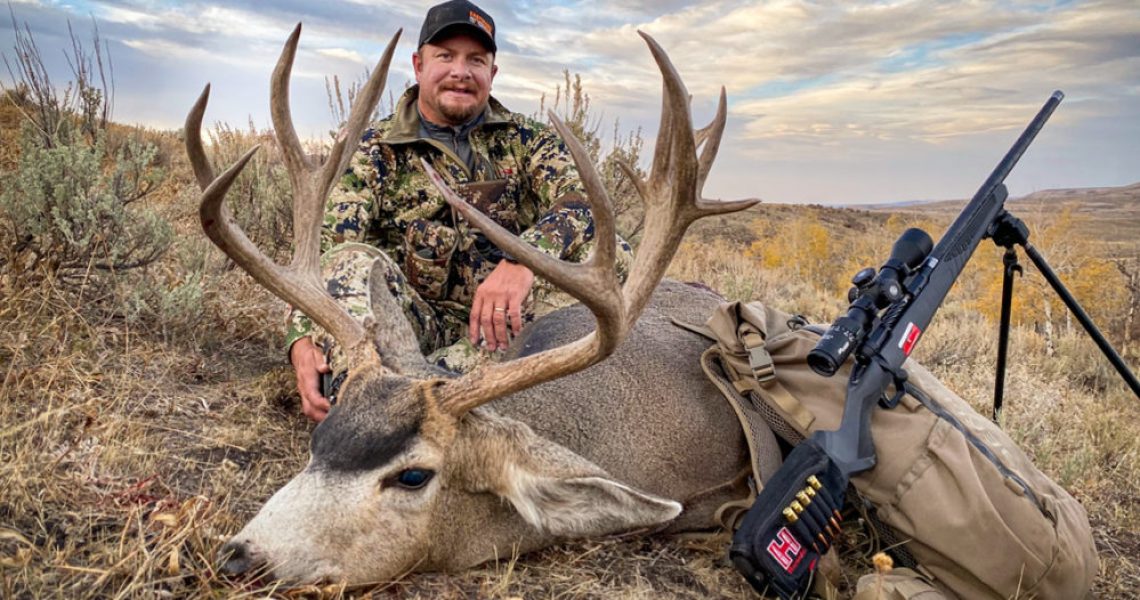 In talking about this article around the office the topic of how many “trophy” big game animals we all have taken with Savage rifles came up. Obviously there’s a bunch of them and the number of states, countries and even continents where we’ve carried a Savage rifle was surprisingly high. With those miles traveled and adventures lived we also realized just how important the term Trophy Hunting is and how misunderstood it is at the same time. For we would have never carried those Savage rifles across states, countries and continents in pursuit of meat only. We can get that in our big Wyoming “backyard”.

No, we carried those rifles on Trophy Hunts for the oldest and most challenging animals and we didn’t simply take the heads and hides, leaving the rest to spoil as today’s media would have people believe. We and others, ate the meat from our Trophy Hunts and we enjoyed the challenge of selectively harvesting a mature, highly sustainable animal, a specimen who required our utmost skill in order to harvest, an animal more than capable of surviving in spite of our best fair chase attempts.

Along the way these Trophy Hunts provided us with more than food to fuel our bodies. Instead the hunts nourished our entire beings. We benefited physically from the exertion endured, emotionally from the hardships overcome, spiritually from serving in our God-given role as stewards of his creation and personally by forging bonds of kinship with fellow hunters and human beings from Tajikistan to Teton County.

You see the point to all of this is that the North American Model of Wildlife Conservation was created to abate the literal wholesale slaughter of our game animals for food, market hunting. However, today’s trend of only valuing hunting as a means of food provision places us dangerously close to reliving a past where the future of North American wild game was bleak.

The term, Trophy Hunting has been held captive by and prostitized for too long and it’s time hunter’s lead the charge of educating the public to the truth of Trophy Hunting. It is selective, controlled, scientifically based game management that fuels an entire human, not just their stomach.

Forgot your password? Reset it now.
To become a member, purchase a TagHub membership!