The Lion and the Huntress

The Lion and the Huntress

As Tim Stephenson, Barry Mueller and I walked away from a beautiful 130 lb treed cougar, I couldn’t help but wonder why. A month later, I was to learn and understand the reward, as well as the honor, in passing on a young cougar in hopes for an old, battle-scarred monarch.

On the evening of March 3rd, a phone call came from Barry Mueller, a close friend and a seasoned hounds-man. He asked if Tim and I would like to join him the following day to go hunting. Barry told us he’d found a big, fresh tom track; unfortunately, we were unable to join him. After some discussion, Tim phoned Barry the next day, and we arranged to go on March 5th, instead.

Conditions were tough with snow depths of 3-4 feet and temperatures hovering around -25C.

On the morning of March fifth, first-light found us staged at a logging road pull off, the smell of two-stroke snow machine exhaust filled our nostrils, and the dogs were becoming anxious. Another close friend, Gordie Roy, joined us as well. Our plan was to snow machine Barry’s dogs and all our gear to the last lion track Barry had found two days prior. From this point, we ran as many trails and roads as we could, which were few, in hopes to cut the cougar’s freshly-made tracks. Unfortunately, we did not cut a fresh track and were left with the option to either come back the next day or run the two-day-old-track into the backcountry, risking losing daylight.

Dismissing fear and praying that we would come across the trail soon, we decided to continue on. This was an incredibly exciting but frightening moment for me as the conditions seemed borderline crippling, and the clock was ticking. We decided to turn-out Barry’s dogs in hopes this big lion had not traveled far in the deep-snow conditions. I must say, it was a helpless feeling when we let those three incredible hounds go. Not only did I pray for those dogs, I prayed that we would all remain safe in such a daunting situation. Fortunately, Barry, Gordie and Tim had been in this situation many times, and it was only my insecurity as the dogs silently disappeared into no-man’s land that made my heart race.

To me, this was not only a terrifying but also an exhilarating moment in the hunt; it truly felt like the cards were stacked against us as the hounds gained ground. The snow was immense, the temperature was nearly unbearable, and most notably, our time was limited. The area we were hunting always had a lot of wolves, but we hadn’t cut any fresh wolf tracks. Being that the dogs had headed into a roadless track of land though, we feared the pack’s whereabouts. These mysterious and silent killers rendered another reality that looms heavily on the mind of a houndsman.

We were more or less paralleling the hound’s movements. As we stood down in the valley bottom, the hounds were working a huge old-growth Douglas Fir ridge straight above us at 900 yards. In most scenarios, 900 yards wouldn’t seem so far, but when it’s straight uphill and the snow is up to your waist, it may as well be 9000 yards!

We had turned the dogs out at 9:30 AM and at 2:00 PM seemingly the will of God came into play; suddenly the dogs appeared in the valley bottom, approximately a mile and a half ahead of us, and had bayed-up a huge tom in a gigantic blowdown. It became clear that if the dogs had not come down off the ridge, we never would have reached them before dark. Thus, my first experience on snow shoes, besides in dreams, was about to occur.

Suited up, with my snow shoes, pack and bow in hand, we took off towards the dogs, knowing that time was of the essence. Barry and Gordie arrived at the tree probably a half-hour ahead of Tim and I. When we finally reached the treed tom and heard the notorious roar of the dogs, I was completely exhausted. The dogs had the big lion bayed-up on the ground for over an hour, unscathed, before it finally ran up a tree. My first look at this magnificent creature out on the limb of a Douglas Fir was indescribable and will be imprinted in my brain forever. At this moment, I now understood why we had passed the younger cougar weeks earlier.

Unfortunately, because of the temperature, virtually everything we had with a battery was dead including cameras, phones, and rangefinder.

We had about 45 minutes of daylight left, so we tied the dogs and climbed to an archery-shot position. We discussed the shot for several minutes while the magnitude of the moment truly set in. Snowshoes still on, I guessed the range at 25 yards. An inexpressible calmness fell over me, and I could no longer hear the dogs. I drew my bow, settled my pin and released my shot. The shot was a touch left; but seemingly lethal. I immediately loaded another arrow and sent it cleanly through both lungs, and the giant tom fell lifeless from the tree.

I walked up to this magnificent old lion with tears in my eyes; I could not begin to explain how honored I was to partake in this adventure, humbled by this amazing animal and thankful to God. It was unfortunate that our cameras all were dead before we could get great field photos, but the adventure remains vivid in my mind. Darkness set in as we skinned my cougar, boned-out and bagged all of the beautiful, indispensable meat.

The night went on for arduous hours, getting snow machines stuck several times during the journey back. We finally reached our trucks at 12:00 AM, completely exhausted, but remaining humbled and in awe of this truly amazing experience.

Home » The Lion and the Huntress 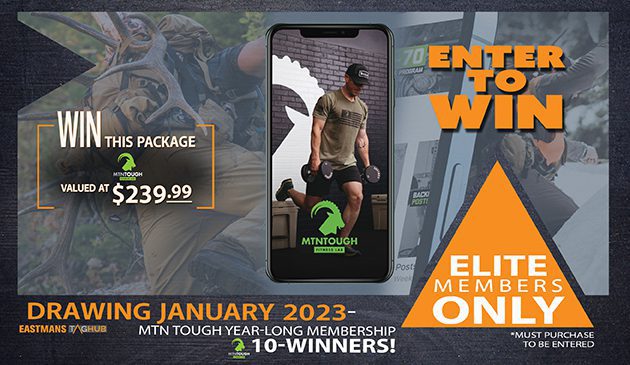