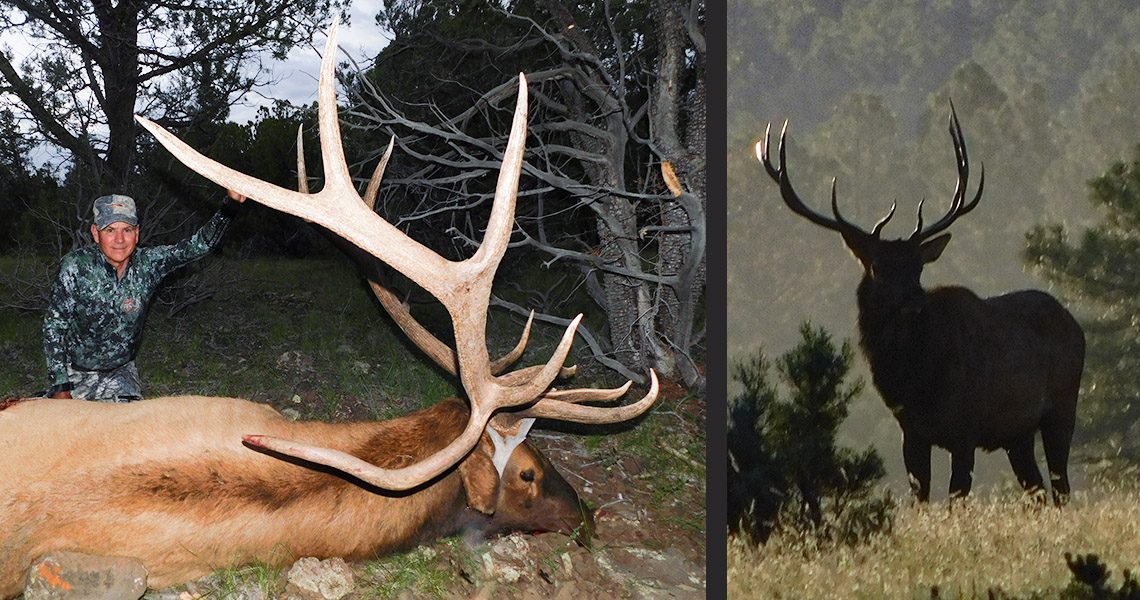 I drew an Arizona archery bull elk tag in a premier unit in 2017 with 16 points. I hunted the entire 14 day season and had an amazing hunt with lots of big bull encounters but did not fill my tag. So goes archery hunting!

In 2018, with only 1 point, I decided to put in for the Arizona draw with my son, who had 7 points. We drew our second choice archery bull tag in a second tier unit, with only 4 points each, in the random draw.

On day two of the hunt, my guide Mike and I found a big bull bedded in the open and stalked to a large juniper bush 66 yards from the bedded bull. With nothing between the bull and us but air, I waited for the bull to stand and took the shot. The arrow passed through the bull at the back of the rib cage. After giving him a few hours, I circled downwind of the area where the bull headed after the shot. Slowly stalking through the thick cover, I was able to locate the bedded bull, with the help of a couple of crows and a coyote, and made a finishing shot.

My son, Travis, hunted for another week before he arrowed a nice 6×6 bull. After getting his bull packed out to the meat processor to be deboned and frozen for the drive home, we decided to hike back to the spot where he shot his bull and recover his arrow. On the hike in, we were treated to the sound of several bugling bulls. We decided to investigate and found a real “rut fest” in progress!  There were at least five mature bulls, each with a harem of 10-15 cows, that got together in one big herd. We could hear and see other bugling bulls converging on the big group from all over the mountain. There were several fights and we saw one bull lose half of an antler!

Hunting bull elk in Arizona is normally considered a once in a lifetime experience for a non-resident but I was fortunate to have a second chance!