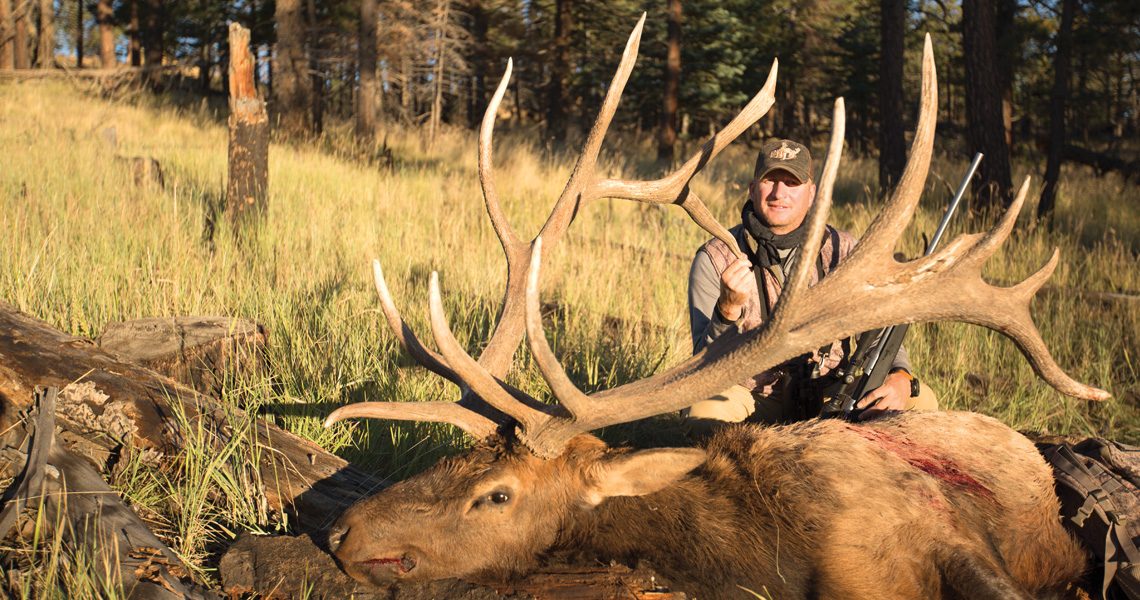 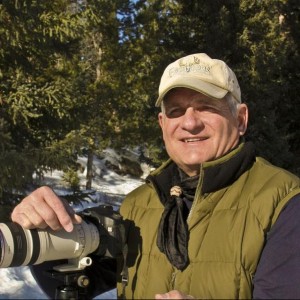 In this day and age with the aggressive management work of the Rocky Mountain Elk Foundation, harvesting a trophy bull elk is within the realm of most hunters and finally you have secured a once in a decade tag. It could be your one shot in your hunting career at harvesting a really big, trophy class bull. It might be that each day in the field you’re glassing up a dozen or more satellite bulls along with several herd bulls. Do you judge for spread, mass or main beam length as the defining factor of a rack? Or maybe if he is a six point, that’s good enough. Everyone should have a B&C benchmark before heading into the land of the bull elk. But how do you quickly field judge a bull for that mark? Will you harvest a bull packing a great rack or make a judging decision you will regret for many falls to come?

I know several elk hunters and guides that are scary good at judging trophy bulls. Those men can tell you within two inches on the hoof the net B&C score of any bull. But they spend thousands of hours year-round documenting big bulls and picking up these bulls’ sheds to score. Most of us can’t devote that much time to studying or scoring bull elk. For us, just knowing what class of bull we’re looking at is close enough. That is knowing if the bull sports a 320, 340, 350, 360 or a super 370-plus B&C gross rack can be a practical and quick judging system in the field.

While growing up in the early 1960s, I lived next to the federal elk refuge in Jackson Hole, Wyoming. An estimated 8,000 to 10,000 elk drop in each year to spend the winter. During my high school years, you could find me with a spotting scope watching hundreds of bull elk. Let me tell you, it became quite taxing trying to determine what B&C class rack each bull was packing. However, spending time in those years scoring winter kills and local hunter’s bulls, I developed a general field judging system I call “rack bracketing.” It’s a simple visual way to determine general rack size. And with some knowledge of rack size and a little practice it becomes easy to master. Using it, a hunter in the field can quickly determine if that bull is packing a 320, 340 or maybe a 350 gross rack. It’s pretty simple to use because 90% of the B&C scoring system for elk is made up of inside spread, main beam and point length. However, keep in mind the biggest factor and number one rule is, the longer the points, higher the rack scores. 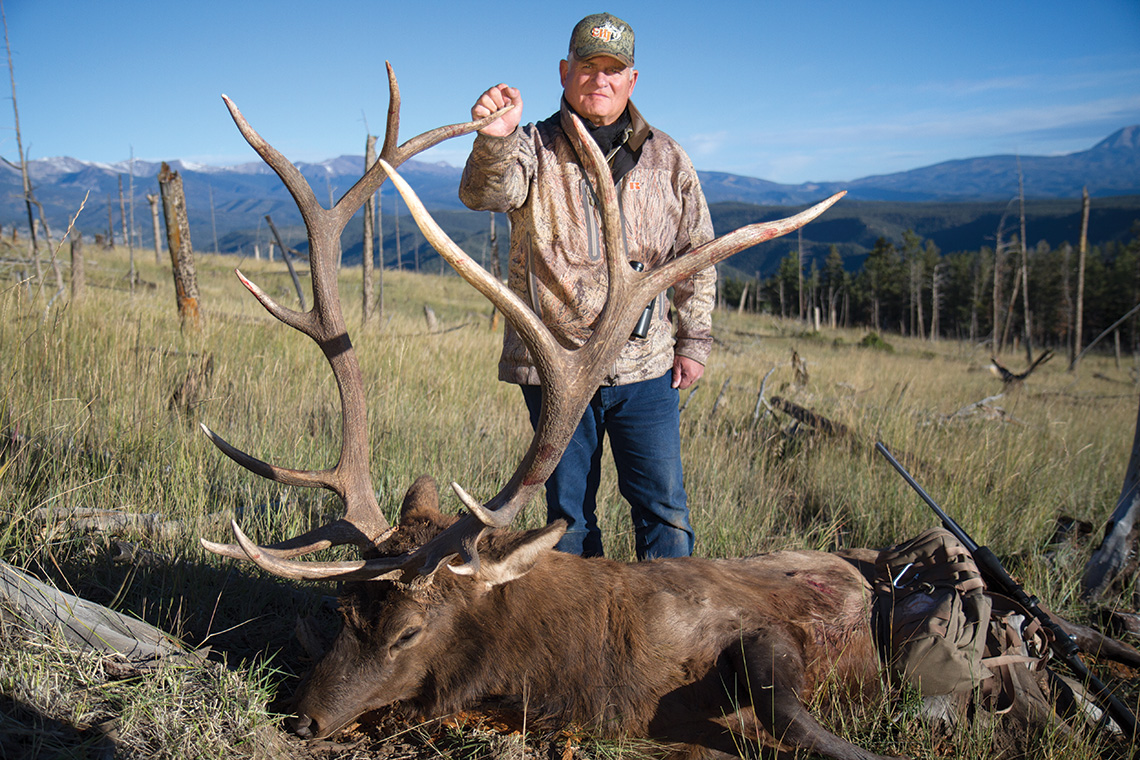 The Six Groups of the Rack Bracketing System

These will be young four to five-year-old bulls. At this stage they have usually only developed 75% of their body weight because protein goes mostly to putting on body weight. So his body will appear larger in proportion to his small six-point rack. They commonly have short points, including the sword points (fourths).

This age group is usually five-year-old bulls. They have developed about 85% of their body weight and confirmation. So the next antler growth cycle he will really start putting on antler inches. But now if you look at the rack of this bull, it’s proportionately a mature six-point. The front risers are there and the sword points are longer than the other points. The rack is still not overly large for the body size.

These are generally five to six year old bulls and have filled out bodywise. By now these bulls have put on around 90% of their body weight. So now a large portion of protein intake can go into the growth of antlers. However, they don’t have that heavy, brisket girth look that old bulls develop. At this size, the sword points are at least 14–18 inches, the main beams are 45 to 48 inches, and the antlers are beginning to look proportionally large for the body.

Most of these bulls are pushing six or seven years old and have 96% of their body weight. This age group will have a well rounded antler shape, and the front points are two-thirds the length of their nose. The beams are 48 to 50 inches long. Most important is that the points in respect to the overall rack look pronounced. Sword points are 16 to 20 inches long, and the rack looks large for their body size. These bull’s girths are large, their hips and chest are heavy and they look and act like mature herd bulls.

One feature this class of bulls has is a set of antlers proportionally larger than their body size. The front points will not be much longer than a 340-class, but the main beams are longer, pushing the mid-50-inch mark in some instances. However, the most outstanding features are his thirds, fourths and back points. They’re all close to the same length and very long. When you look at him, the back half of his rack stands out. When he turns broadside, the beams sweep back two-thirds the length of his body.

These bulls are usually at their peak in age and body weight. Their bodies will appear to be huge because of their heavy body girth. All points are extremely long and well over 20 inches. The two brow tines usually go past their nose before turning up, with the third point pushing 25 inches long. The royal is over 26 inches and the back point is no more than 20 percent shorter than the sword point. All you see on this bull is antlers. His rack is as long as his body and all the points are long. In fact, his points are so long they all appear the same length. The rack dwarfs the bull’s body. This type of bull is the easiest to judge.

The most important factor when determining which bracket a bull ends up in is length of points. Mass, spread and length of main beams are of lesser importance. In some respects, they’re like mule deer – what is lacking in inside spread can be easily made up in point length. A seventh point will also help a bull make up for inches he might have lost because of a narrow spread. There are other considerations to a rack that will contribute to its score – extra points, excessively wide inside spread and extraordinarily long main beams. You can learn to adjust this basic system with some practice.

Bulls that make it over the top to old age will start antler regression. The rack usually has short thirds and fourths and the back point will be missing. The front risers will start to grow longer, sometimes becoming over 20 inches in length. Usually the main beams don’t lose much in length. The age of a bull really does contribute to the rack size. In states that have severe wintering conditions, like Wyoming, Montana and Idaho, this regression is more predominant. In southwestern states where bulls don’t fend off the snow and cold, they seem to keep their point length to an older age. If a bull lives long enough, sooner or later his rack will regress.

A particular way to practice rack bracketing is to watch elk hunting videos. In most videos you can get a variety of racks to compare. You watch them alive, and after the harvest the hunter usually gives you its gross score. The Eastmans’ YouTube channel and our videos on Amazon Prime and Waypoint TV along with our weekly show on The Outdoor Channel are great places to watch footage of big bull elk.

There is no secret to this system – it’s just a matter of identifying bulls from each one of the rack bracket classes. The system isn’t for a net B&C score on a bull, rather just a rough gross score. It gives you an idea what rack class the bull is in. Start making it into a mind game, automatically looking at bulls whether mounted, in a photo, or live. Suddenly the rack class will pop into your head. Like any system there will be times that you’ll misjudge. For instance, what appears to be a 370 might be a 350 because of a narrow spread or front risers that are short, but it is a system that will give you a solid starting point for field judging bulls. 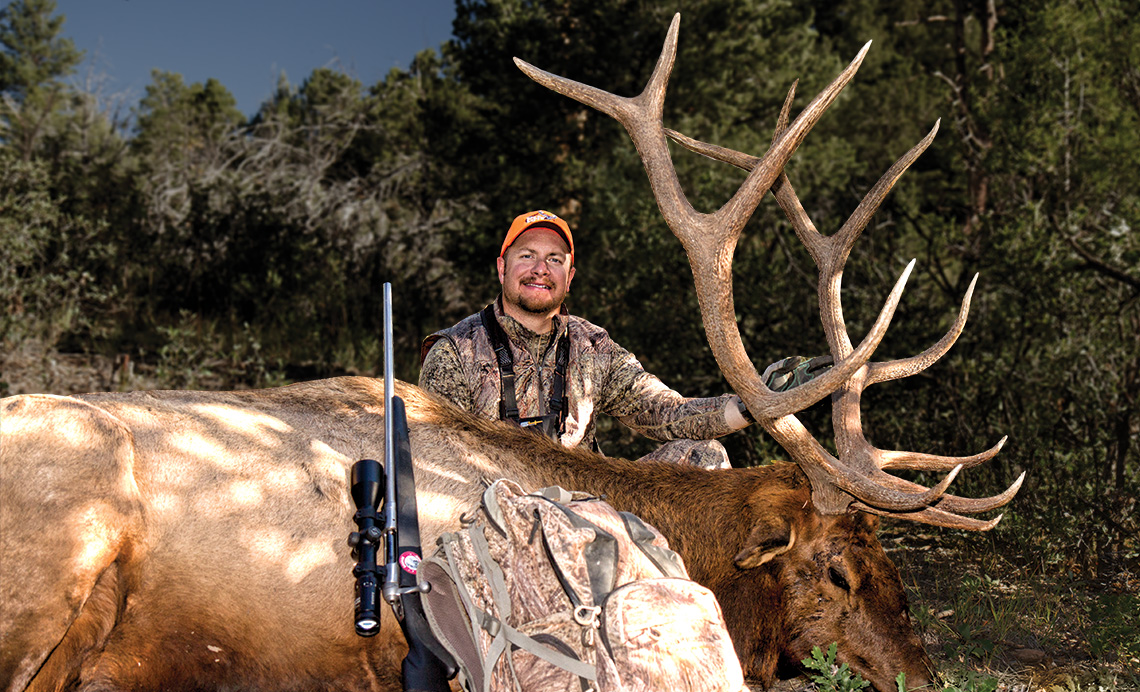