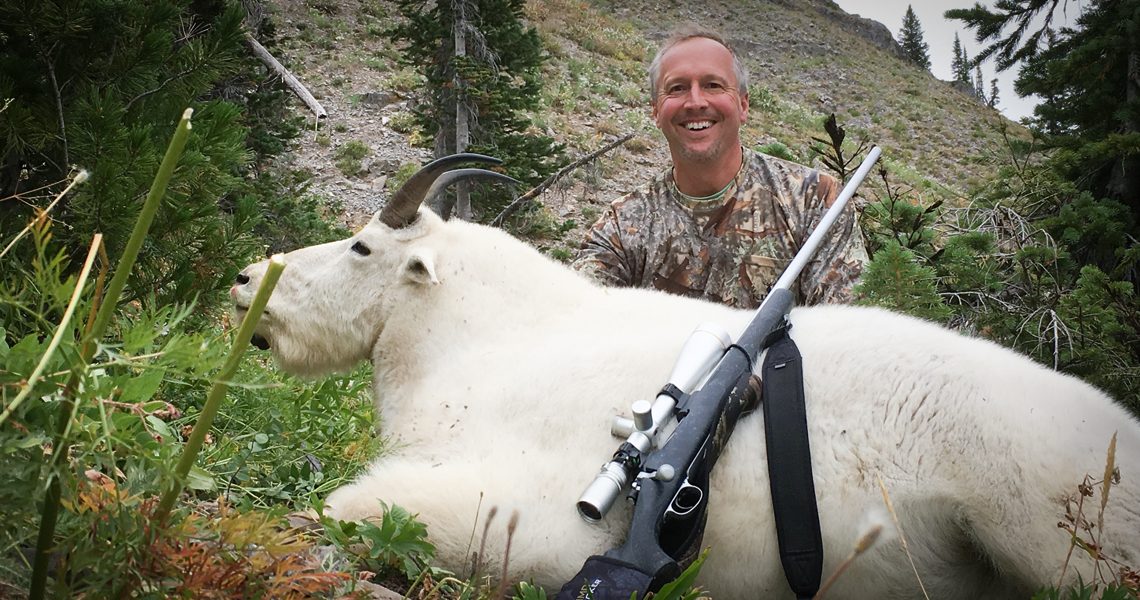 I remember at age 13, while elk hunting, seeing my first mountain goat. For years I picked my father’s brain about hunting them. Now that I’ve had the opportunity to bag one, I have an even stronger appreciation of them as an absolutely amazing animal.

After seven years of applying, I beat the odds and drew my once in a lifetime Idaho Mountain goat tag. On my initial scouting trip, having never been to this unit, I quickly realized my “in shape” was not in “goat shape”. I had to step things up at the gym.

Each week I studied maps, talked to folks who had hunted the area, then probed into the unit exploring and scouting. I ended up seeing 73 different goats, including two nannies with collars and six mature billies.

I realized due to the terrain; I would need to be patient. It’s one thing to find a shooter, but another for it to be in a shootable location, where I could retrieve it or without it becoming disfigured.

Three weeks prior to the opener, I located a secluded section of cliffs. Close inspection revealed an absolute giant lone billy with the tip of his left horn busted off.  The next couple of weeks proved to be almost unbearable, especially because I wasn’t able to relocate the giant again.

The first morning I left the house at 2:50am and started up the trail at 5:45am. Being in grizzly country with thick brush the first few miles, I became the crazy goat hunter. I clanked my trekking poles together and talked to myself.

On my way to my campsite, I saw a few different bunches of goats. One was a regular, mature billy, but not quite a first day goat. Finally at camp, I cleaned myself up, changed and tried to take a nap. Wasn’t happening with a tag in my pocket. 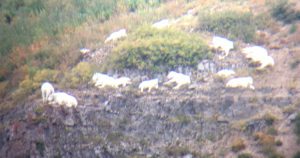 The wind direction was bad, so I had to make a big loop and side hill through the timber on the backside of the ridge of secluded cliffs to get around the goats. Less than one mile from camp I ran across two different groups of nannies and kids. A cougar was pursuing one group.

Edging over the ridgeline, shedding and setting up my gear, I quickly picked out two goats making their way toward me from a lower section of cliffs. They were already in range and closer inspection revealed my number one goat. His body dwarfed his younger pal.

As quick as they appeared, they all of a sudden did an about face and took off running. They had caught my scent! I got behind my gun, dialed my turret, reconfirmed my target, the big bodied one. They slowed to a walk and I let the first round go. On impact, I heard a whack and the billy raised his far leg, I’d made a great shot but goats are notoriously tough and I smacked him with a couple more rounds for insurance.

Walking up to this goat, I was in complete disbelief of the sheer size of his body.  Seventy-nine and a half pounds of boned out meat. The billy was over eight years old, had three missing teeth and two rotten ones. Even with an inch busted off of his one horn he still met the minimum net Boone and Crocket score.

I was able to arrange for my uncles, Scott and Kevin to come in with horses the following day to retrieve my trophy and gear. 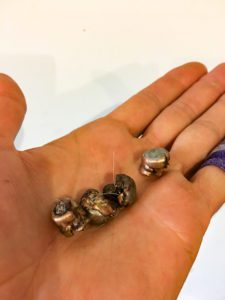